Build your own treehouse in the Treehouse Village, safely and with professional guidance to make both the house and the tree hosts last 20+ years

Borderland.land will not fulfill it's true vision without a sprawling Treehouse Village with a myriad of treehouses on different levels with rope bridges connecting the entire village into a floating flowing city in the sky! With solar-powered electric infrastructure to have lights during the night and heating to extend the season they are livable well into the early spring and late fall!

How to make a large village possible

To ensure a safe and sound construction of the Treehouse Village we will plan out the build process with professional treehouse builders who are available both in the Nordics and beyond. Treehouse architecture is an established art form and sound methods for living both with and among the trees are proven, viable and available.

Everyone interested, both from within Borderland and from other builder communities are invited to build their tree house. The requirement is that all builder teams take part in an online course led by established treehouse professionals and specially designed for Borderland.land.

After the course the builder teams make a treehouse design, either from available plans or from their own wildest imagination. All the designs are vetted by our treehouse professionals, then made by the teams into parts list. Included in the designs will be both the individual houses, the exact location within the Village and how the houses will be connected by rope bridges to other houses and to the ground.

After all the designs have been vetted and assembled into parts list, all builder teams and Borderland.land co-finance the purchase of a large set of necessary lumber supplies for building all of the treehouses, rope bridges and infrastructure.

Construction will be a huge event in itself

Hundreds of builders ascend on Borderland.land, bringing their own tools and the supply shipment arrives at the same time. The Treehouse Village supplies communal resources needed for getting everything up in weeks or several weekends over the summer. One or two specific weekends our treehouse professional will be on site as a resource to provide instruction and assistance.

Together the builder teams also construct the communal areas for toilets, kitchen, showers and chill spaces, such as a village square with a large set of cozily lighted cargo nets to hang out in together among the tree tops.

The builder teams get their treetop space/volumes and are offered all support needed, the treehouse building course to prepare and in-depth knowledge of building and fastening methods to make sure our living trees are taken care of. Everyone is free to make real their wildest dreams in treehouse format. Depending on budget plans the builder teams finance their house materials themselves or get a grant from the Treehouse Village budget to make it super affordable.

Extend the village every year

Every year we host another batch of Builder teams that go through the same process to expand the village both with individual houses and communal areas.

The builder teams have priority access to their own treehouses all year around but they have to give advance notice of when they plan to be there. The rest of the time the entire village is made available for anyone to live in, either for free or at a market rate to further fund the expansion of the Treehouse Village!

Contributing magic and finances to Borderland.land

WIth proper management the Treehouse Village might become a self-sustained entity that provide a large net plus both financially and socially to Borderland.land, while potentially covering all of it's own costs after the first year, and be a magical place to visit. As an example, when the village has reached 50-60 beds, a single booking from a company event could mean 15.000 EUR income for Borderland.land over a single weekend, allowing us to make great things to build out further.

I was very much share this dream as well! Let's go full Ewok! 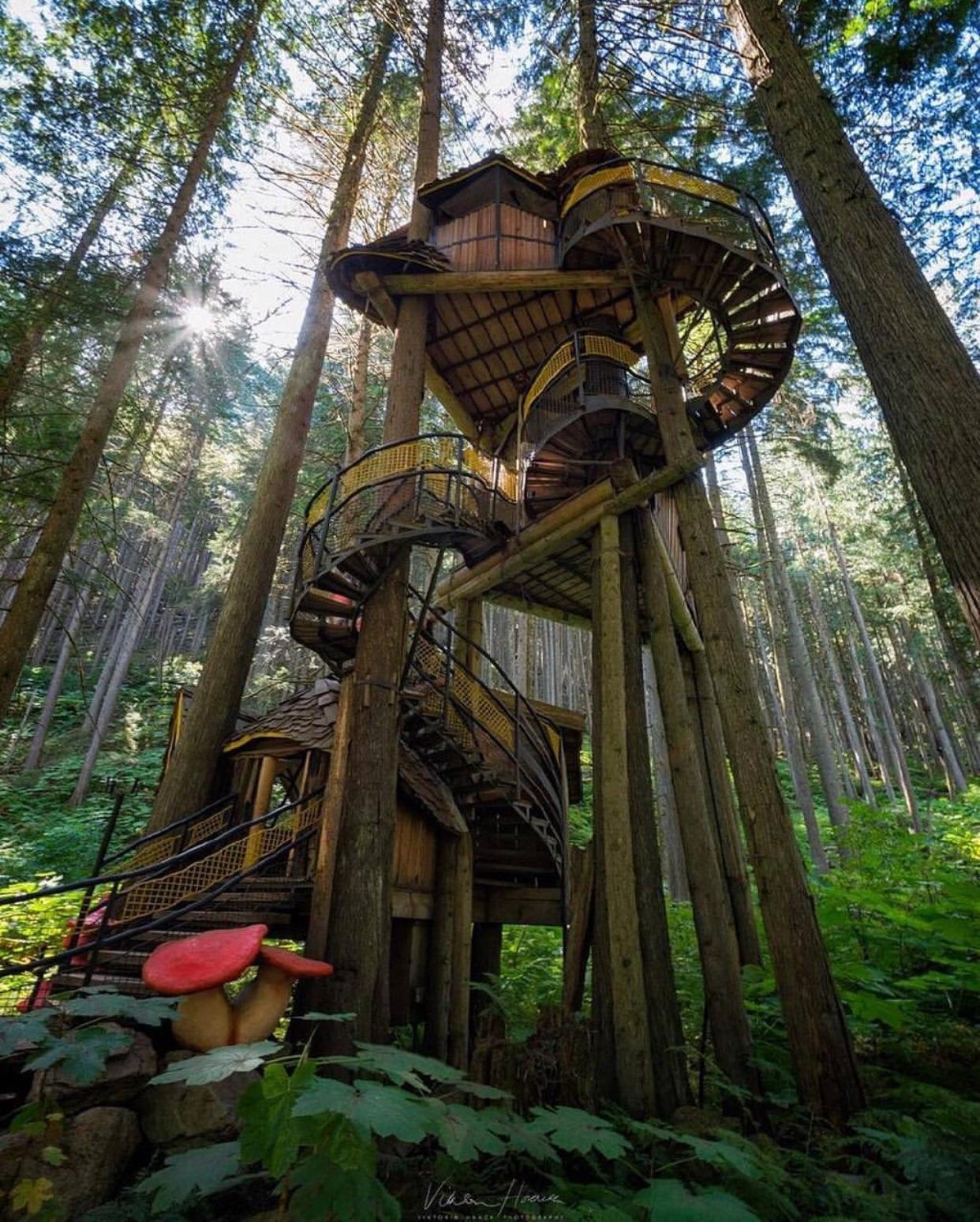